This document gives examples and pointers on how to experiment with and extend Dopamine.

Dopamine is organized as follows:

The entry point to the standard Atari 2600 experiment is dopamine/discrete_domains/train.py. To run the basic DQN agent,

By default, this will kick off an experiment lasting 200 million frames. The command-line interface will output statistics about the latest training episode:

To get finer-grained information about the process, you can adjust the experiment parameters in dopamine/agents/dqn/configs/dqn.gin, in particular by reducing Runner.training_steps and Runner.evaluation_steps, which together determine the total number of steps needed to complete an iteration. This is useful if you want to inspect log files or checkpoints, which are generated at the end of each iteration.

We provide sample configuration files for training an agent on Cartpole and Acrobot. For example, to train C51 on Cartpole with default settings, run the following command:

You can train Rainbow on Acrobot with the following command:

The entry point for continuous control agents is dopamine/continuous_domains/train.py. You will need a Mujoco key to run the following example. To run SAC on the HalfCheetah environment of Mujoco, run:

By default, this will kick off an experiment lasting 3200 episodes, with 1000 environment steps per episode. The command-line interface will output statistics about the latest training episode:

To run with different environments/hyperparemeters, adjust the gin config file found here: dopamine/jax/agents/sac/configs/sac.gin. For your experiments, you may choose to supply a new gin config file, or override the existing config file with command line gin_bindings args.

The whole of Dopamine is easily configured using the gin configuration framework.

More details on the exact choices behind these parameters are given in our baselines page.

We also provide configuration files corresponding to settings previously used in the literature. These are

All of these use the deterministic version of the Arcade Learning Environment (ALE), and slightly different hyperparameters.

Dopamine provides basic functionality for performing experiments. This functionality can be broken down into two main components: checkpointing and logging. Both components depend on the command-line parameter base_dir, which informs Dopamine of where it should store experimental data.

By default, Dopamine will save an experiment checkpoint every iteration: one training and one evaluation phase, following a standard set by Mnih et al. Checkpoints are saved in the checkpoints subdirectory under base_dir. At a high-level, the following are checkpointed:

If you’re curious, the checkpointing code itself is in dopamine/common/checkpointer.py.

At the end of each iteration, Dopamine also records the agent’s performance, both during training and (if enabled) during an optional evaluation phase. The log files are generated in dopamine/atari/run_experiment.py and more specifically in dopamine/common/logger.py, and are pickle files containing a dictionary mapping iteration keys (e.g., "iteration_47") to dictionaries containing data.

A simple way to read log data from multiple experiments is to use the provided read_experiment method in colab/utils.py.

We provide a colab to illustrate how you can load the statistics from an experiment and plot them against our provided baseline runs.

Dopamine is designed to make algorithmic research simple. With this in mind, we decided to keep a relatively flat class hierarchy, with no abstract base class; we’ve found this sufficient for our research purposes, with the added benefits of simplicity and ease of use. To begin, we recommend modifying the agent code directly to suit your research purposes.

We provide a colab where we illustrate how one can extend the DQN agent, or create a new agent from scratch, and then plot the experimental results against our provided baselines.

The DQN agent is contained in two files:

The Rainbow agent is contained in two files:

The C51 agent is a specific parametrization of the Rainbow agent, where update_horizon (the n in n-step update) is set to 1 and a uniform replay scheme is used.

The IQN agent is defined by one additional file:

We provide a series of files for all 4 agents on all 60 games. These are all *.tar.gz files which you will need to uncompress: 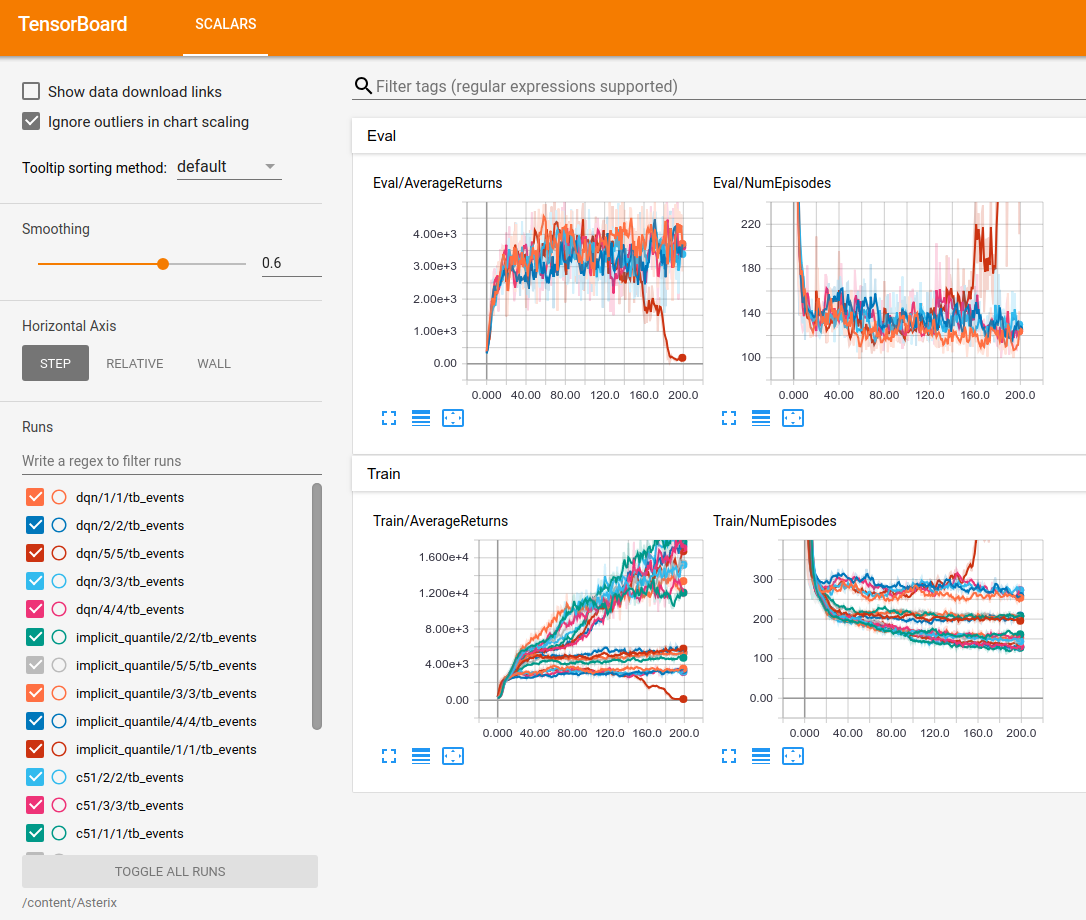 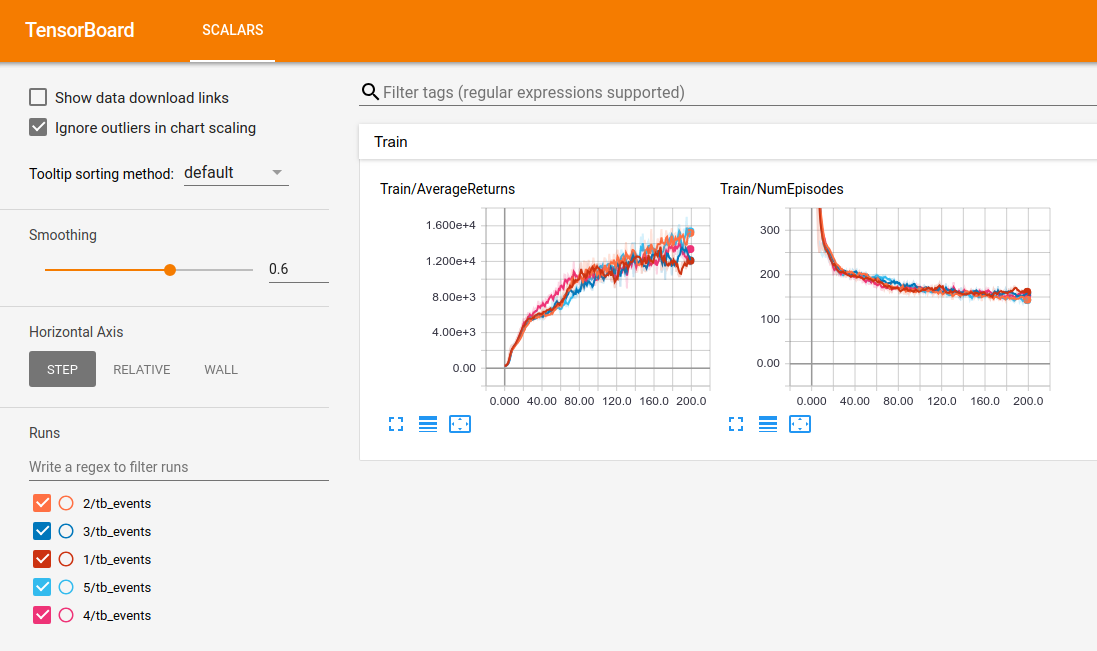