A security oriented, feedback-driven, evolutionary, easy-to-use fuzzer with interesting analysis options. See the Usage document for a primer on Honggfuzz use. 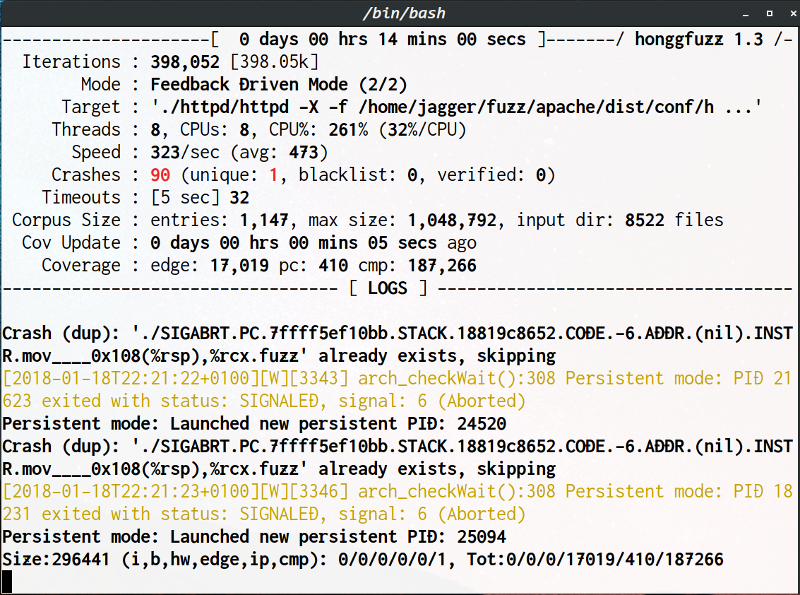 Honggfuzz has been used to find a few interesting security problems in major software packages; An incomplete list:

This is NOT an official Google product