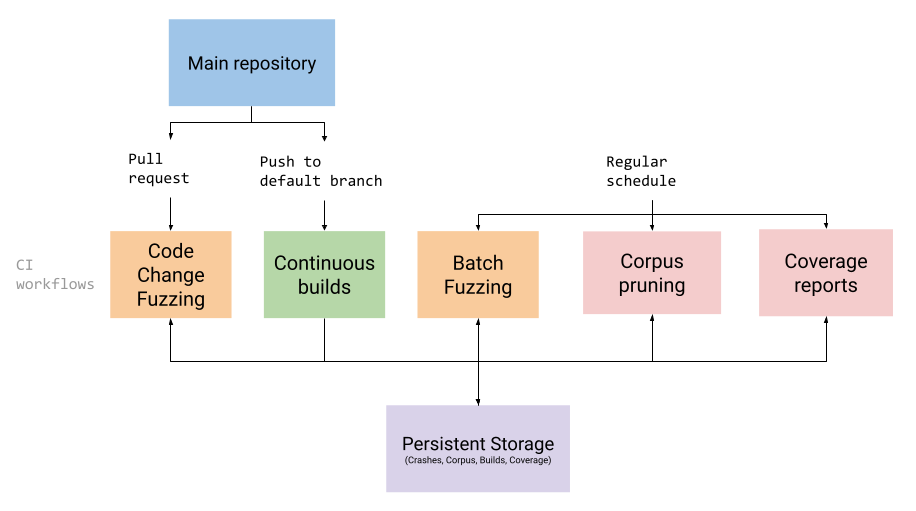 The core way to use ClusterFuzzLite is to fuzz code changes that were introduced in a pull request/code review or commit. Code change fuzzing allows ClusterFuzzLite to find bugs before they are commited into your code and while they are easiest to fix.

Code change fuzzing is designed to be fast so that it integrates easily into your development workcycle: 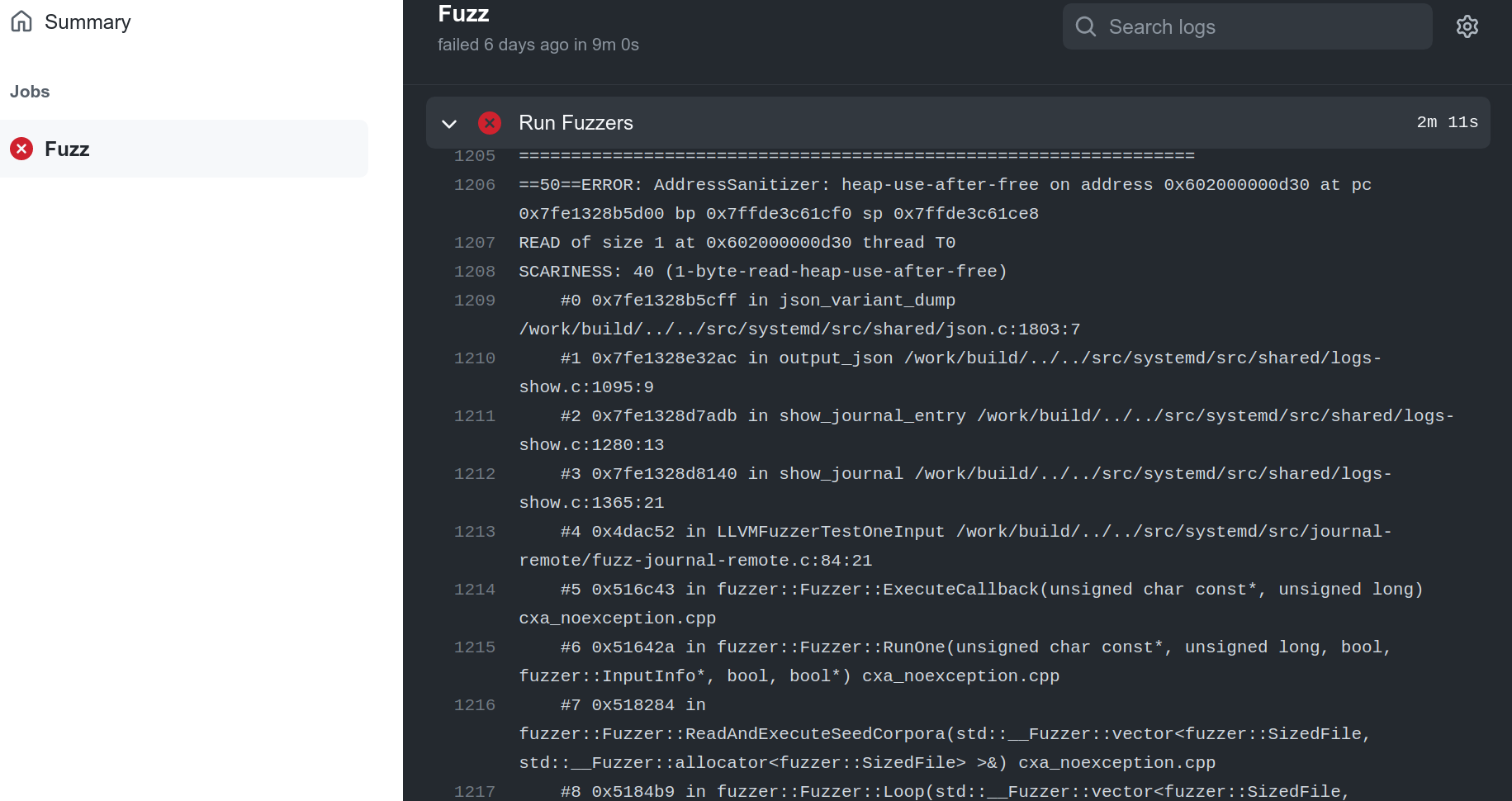 In batch fuzzing mode all fuzzers are run for a preset, longer, amount of time. Unlike in code change mode, batch fuzzing will not exit immediately upon discovering a bug. It will keep running other fuzzers until reaching the allotted fuzzing time.

Given the longer runtime, we suggest batch fuzzing should be run on a schedule such as once daily, rather than on code changes.

Over time, redundant testcases will get introduced into your fuzzer’s corpuses during batch fuzzing.

Corpus pruning is a helper function that minimizes the corpuses by removing corpus files (testcases) that do not increase the fuzzer’s code coverage.

Continuous builds are not actually a mode of running fuzzers but is an additional “task” for ClusterFuzzLite that you can set up. Instead of running the fuzzers after building them, the continuous builds task saves the builds for later use by the code change fuzzing mode.

This section is an overview of the configuration options you can set when running ClusterFuzzLite. See the subguides for details on how to set each configuration within your specific CI system.

At this point you are ready to run ClusterFuzzLite using your specific CI system!

Next: choose the subguide for your CI system.