The attribute module handles getting and setting attributes on abstract values. It is mostly used to:

We will refer to the object on which an attribute is being get or set as the target object.

We’ll start by looking at set_attribute, since it’s by far the simpler of the two top-level methods: 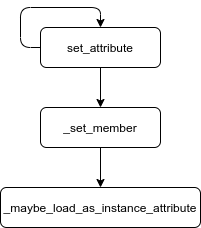 get_attribute is considerably more complicated, due to the lengths it goes to in order to emulate the behavior of the Python interpreter: 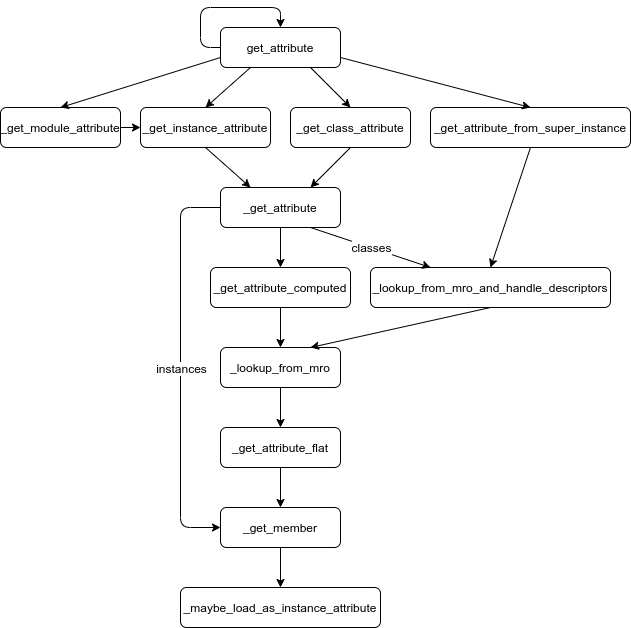 Occasionally, an abstract class needs to bypass normal attribute lookup. In such cases, the class can implement a get_special_attribute method whose return value will be immediately used. For example, HasSlots returns the custom method implementations in its slots rather than the underlying PyTDFunction objects.

attribute.get_attribute takes an optional valself parameter, a binding to an abstract value related to the target object. When to pass valself and what value to use can be tricky: